Ling Gu & Da Bai are two points located on the hand in Master Tung’s Acupuncture system. Ling gu (spirit bone) is located at the end of the first and second metacarpals and Da bai (Big White) is located at Li3.5.

It is different from the TCM model we learned in school and works much faster in my experience. Within 5 seconds of insertion of these hand points, most of the lower pain should be gone or shifted. To be honest I was a bit skeptical when I was first introduced to these techniques until one day a colleague of mine invited me to one of Dr. Tan’s balance method seminars (tanwubian.com.)

After two days of demonstrations and lectures I was completely blown away and started using it as soon as I returned to clinic. The results were phenomenal and so much faster than I had ever expected. Gone are the days of “put’em in and pray” and hooking electrodes to peoples backs like car batteries (you know what im talking about.)

One time my mother in law woke up in the morning with a severe back ache and couldn’t bend over forward. banged ’em in and she was all good after 15 minutes.True story. 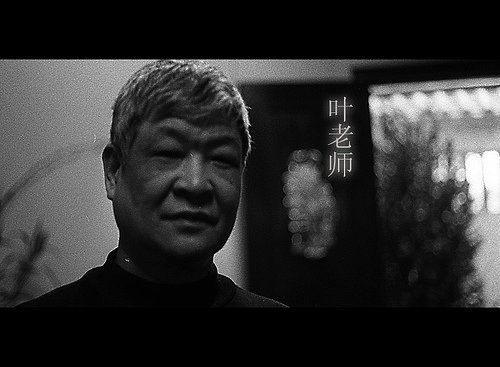 This is one of my teachers Master Yip. He’s based in Shen De in Southern China and specializes in tui na adjustment techniques for people with severe herniated discs.

Its very old school bare ones: you go in for back pain and he stares you down for a few seconds asks you whats wrong, as soon as you start to speak, he cuts you off and runs his fingers down your spine to check, and then tells you exactly which disc is protruding and tells you exactly what symptoms you’re having and then asks you for your CT scan results.

99.99% of the time, its exactly what the result reads without him ever looking at the scan. I couldn’t wrap my head around it for the longest time.

After that, he tells you to lie on a straw mat, he puts his foot to where the problem area is, and pulls your leg the opposite way and pops the disc is back to where it originally was. He gives you a little plaster to put on the back and off you go. No need to go under the knife.

Every weekend, I would come and watch him go through 40-50 cases like this in an afternoon.
These techniques are not taught in TCM schools or anywhere. I’m sure to do this stuff would be really hard to pull off in any western country without being throughly researched & studied.

I’m writing this just to say yes, there are other options out there other than going in for surgery at the drop of a dime and that stuff out there does indeed exist and it is effective.

He works very low key and underground and these techniques are only passed down the family line.There is no website and he does not advertise.

Its all under the table and if the department of health and safety ever comes around, it just happens to be 30 people sitting around in his living room with a straw mat on the floor and they’re all just happen to be “having tea.” It’s completely dodge & asian but it works.

I bought this book recently from Amazon & I must admit I haven’t been able to put it down.
It explains both Master Tung points & Dr. Tan systems very clearly and even manages to mix it up with a bit of neuro also.

I think this book is suited for people who already have a basic understanding of tung/tan systems and are looking to improve and upgrade their knowledge a bit, but would help a lot of people who haven’t studied distal acupuncture as an introduction also. It gives great clear concise examples of how imaging/mirroring work and you can literally start using what you learn right away.

If you have been practicing TCM for a while but only getting mediocre results (put ’em in and pray) or are tired of the same old Li4,Lv3,St36, day in day out this is definitely worth picking up.

Moxa: mugwart is used to strengthen the blood, stimulate the flow of qi, and maintain general health.Not a big fan of it for me in clinic but I find it very useful when I send patients home with it.

Check out this really great talk on moxa here by Yin Yang Podcast:

Using the Du meridian as a mirror image for pain directly on the spine in Dr.Tan’s balance method.

First time I used this, a patient had ongoing pain directly on the cervical spine for over a month. We found ashi points and did points along the Du channel. After insertion of the needles I asked to turn his head, we all heard several cracks and then the neck pain was immediately gone. Its always amazing how fast acupuncture can work.

#mc_embed_signup{background:#fff; clear:left; font:14px Helvetica,Arial,sans-serif; width:300px;} /* Add your own MailChimp form style overrides in your site stylesheet or in this style block. We recommend moving this block and the preceding CSS link to the HEAD of your HTML file. */

#mc_embed_signup{background:#fff; clear:left; font:14px Helvetica,Arial,sans-serif; width:300px;} /* Add your own MailChimp form style overrides in your site stylesheet or in this style block. We recommend moving this block and the preceding CSS link to the HEAD of your HTML file. */
Loading Comments...
Comment
×
%d bloggers like this: