Ling Gu & Da Bai are two points located on the hand in Master Tung’s Acupuncture system. Ling gu (spirit bone) is located at the end of the first and second metacarpals and Da bai (Big White) is located at Li3.5.

It is different from the TCM model we learned in school and works much faster in my experience. Within 5 seconds of insertion of these hand points, most of the lower pain should be gone or shifted. To be honest I was a bit skeptical when I was first introduced to these techniques until one day a colleague of mine invited me to one of Dr. Tan’s balance method seminars (tanwubian.com.)

After two days of demonstrations and lectures I was completely blown away and started using it as soon as I returned to clinic. The results were phenomenal and so much faster than I had ever expected. Gone are the days of “put’em in and pray” and hooking electrodes to peoples backs like car batteries (you know what im talking about.)

One time my mother in law woke up in the morning with a severe back ache and couldn’t bend over forward. banged ’em in and she was all good after 15 minutes.True story.

Moxa: mugwart is used to strengthen the blood, stimulate the flow of qi, and maintain general health.Not a big fan of it for me in clinic but I find it very useful when I send patients home with it.

Check out this really great talk on moxa here by Yin Yang Podcast:

The age old debate: glass or plastic? which do you guys prefer? 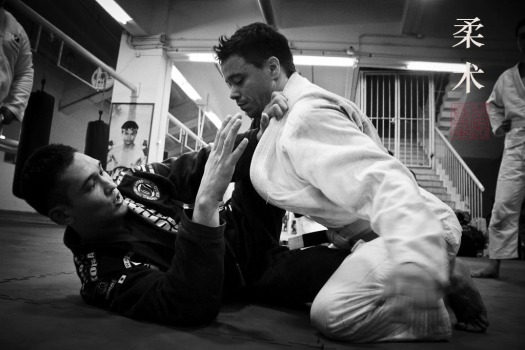 Brazilian jiu jitsu and Acupuncture are two things that I really love practicing.  One involves sticking pins in people and other involves learning how to choke them. Although they may seem the exact opposite they share many similarities in my opinion:

Jiu Jitsu is known as “the gentle art” or the “efficient art.” It uses leverage and technique in order to move or submit an opponent. Similar to Jiu Jitsu, acupuncture makes use of efficiency by leveraging your body’s ability to heal itself.

They both involve having extensive understanding of energy and how it flows throughout the body. Jiu jitsu & acupuncture are both a game of inches; one inch off in Jiu Jitsu can lead to a failed to sweep attempt/submission. One inch off in acupuncture, could result in failure to fix someone’s back or neck pain.

Neurobiological have shown acupuncture promotes release of a chemical called IL-10 in the body which significantly reduces inflammation and pain.[1]  In a nutshell, acupuncture stimulates your body to get that production line moving and gives your body that kickstart it needs in order to boost the healing process.

Recently, there’s been a growing trend of mma & bjj athletes turning acupuncture and cupping to speed up their recovery times:

f you are feeling run down from old nagging injuries and trying to recover quicker in between sessions give acupuncture a go.

Special thanks to my bud mixed massage therapies for letting me use his pics for this post. If you train mma/bjj  and are ever in the London, UK area make sure to hit him up for a tune up. He is an acupuncturist and works with the legends like Roger Gracie, Braulio & Victor Estima. 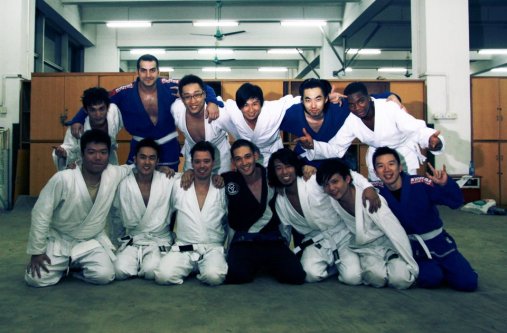 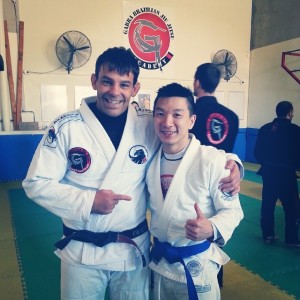 Received my blue belt winter 2014. Its been an amazing journey so far.

Palm of the hand mirrors the heel and Achilles.
Location: Ashi points just off of the pisiform bone and scaphoid bone.

The first time I used it was with a patient she had her been having achilles heel pain for over two months. It was taped up forever and just was not getting better with the physio. We took care of her other issues and at the end of the treatment I threw mu guan gu guan in there for kicks. Within 5 seconds after the insertion of both needles the heel pain was gone and never came back. Acupuncture rocks. true story.

#mc_embed_signup{background:#fff; clear:left; font:14px Helvetica,Arial,sans-serif; width:300px;} /* Add your own MailChimp form style overrides in your site stylesheet or in this style block. We recommend moving this block and the preceding CSS link to the HEAD of your HTML file. */

#mc_embed_signup{background:#fff; clear:left; font:14px Helvetica,Arial,sans-serif; width:300px;} /* Add your own MailChimp form style overrides in your site stylesheet or in this style block. We recommend moving this block and the preceding CSS link to the HEAD of your HTML file. */
Loading Comments...
Comment
×
%d bloggers like this: